Fermentation is a natural biochemical process carried out by the enzymes of microorganisms that transform a raw foodstuff. Most of the time, this process is anaerobic: it takes place in the absence of oxygen. It is activated by bacteria or fungi like mold as well as yeasts, such as the one that causes bread to rise as it results in producing gas. In the absence of oxygen in the dough, yeasts indeed convert sugars into mostly carbon dioxide and ethanol while producing some other metabolites, including organic acids.

Yeast is the most popular baking ingredient. There are, however, many different yeast strains with varied characteristics. Yeast strains are used to produce beer, wine…and may be used for pharmaceuticals, flavoring, and even ethanol-based fuels! Fermentation is an essential process for wide range of applications!

Yeast: a Taste and Flavor Pal

Yeast is used to start fermentation, creating gas (at the origin of the bubbles in Champagne for example) and alcohol. Yeast is also an ingredient, sometimes kept as “secret”, but crucial in its contribution to the aromatic profiles of beers and wines.

Some yeast, for example, produce unique aromas (banana is highly appreciated in Beaujolais wine) and reveal particular flavors (the typical flavors of Sauvignon, for example). By acting on acidity or producing antioxidants, yeasts can play on the smoothness of certain white wines and even prevent them from turning brown.

During the fermentation process, yeast modifies carbohydrates into a variety of metabolic by-products. These compounds give fermented products distinctive taste and flavor, but also texture.

The white foamy top on beer consists of carbon dioxide gas, which is produced by yeast during the fermentation process, trapped into proteins that gather around it creating bubbles. Proteins from the yeast contribute to the stabilization of ale or lager’s foam, which keep the beer’s “head” from dissipating quickly.

Science of Beer: Tapping the Power of Brewer’s Yeast

Beer is the most consumed alcoholic beverage worldwide. And its manufacture is particularly fascinating. It is traditionally made from four key ingredients: malted cereals (barley or other), water, hops, and yeast. Each of these ingredients contributes to the final taste and aroma of beer. During fermentation, yeast cells convert cereal-derived sugars into ethanol and CO2. At the same time, hundreds of secondary metabolites that influence the aroma and taste of beer are produced. Variation in these metabolites across different yeast strains is what allows yeast to so uniquely influence beer flavor.

Two different species of yeasts can be identified, corresponding to the two main families of beers: lagers and ales. For lagers, Saccharomyces pastorianus is favored. It produces relatively few esters and makes light and thirst-quenching beers, such as pilsners. For ales, Saccharomyces cerevisiae is favored. It produces beers that are more complex and aromatic and that often have a higher alcohol content.

Did you know? Non-alcoholic beers can be created by fermenting with specific microorganisms that consume only a restricted amount of sugar, such as Saccharomyces cerevisiae var. chevalieri, instead of using expensive technology to remove the alcohol.

How Yeast Works to Make Your Favorite Wines

In winemaking, yeast also converts the sugars (glucose and fructose) present in the grape juice into ethanol and CO2. The yeast species also most commonly used in winemaking is Saccharomyces cerevisiae because of its predictable and strong fermentation qualities and tolerance to high levels of alcohol and sulphur dioxide.

Yes, it is the same yeast species (but not strains) that is found in the fermentation of bread as well as of beer and liquors! In France, more than three hundred different strains of yeast have been identified that can be involved in winemaking, but there are many more!

What is less widely known is that yeasts produce aromatic compounds that can influence the flavors of the wine. As they ferment, these yeasts make alcohol, but they will also produce so-called “fermentation aromas” giving floral and fruity notes, such as rose, banana or peach, for example. Other so-called “varietal aromas” are revealed by certain yeasts during fermentation— the flavors of grapefruit and passion fruit in Sauvignon blanc, for example.

Some experts estimate that yeasts—these micro-organisms just a few microns in size—are responsible for ~eighty percent of the aromatic compounds that we can smell in wine.

There’s no end to the wonders of yeast fermentation

Yeast can act in the fermentation of other global food materials: chocolate, cocoa or coffee and participate to the production of low- or non-alcoholic products, such as kefir, sodas, lemonades and vinegar. They can even be used for biofuels and other chemicals production. The diversity of foods in which yeasts predominate ranges from milk products (e.g., cheese and dahi) to condiments such as soy sauce and papads.

Consider a festive buffet table with slices of gravlax, dried duck breast, radish and carrot pickles, and a spicy yogurt sauce. A sauerkraut, in the middle of a variety of sausages, is ready to be served with a spicy sauce. When it’s time to make pancakes, the batter is already on the stove.

Everything here is fermented: vegetables, meat and fish, dairy, cereals, and sauces.

Without fermentation, none of these wonderful iconic foods would be possible! What a wealth of possibilities there is to discover! 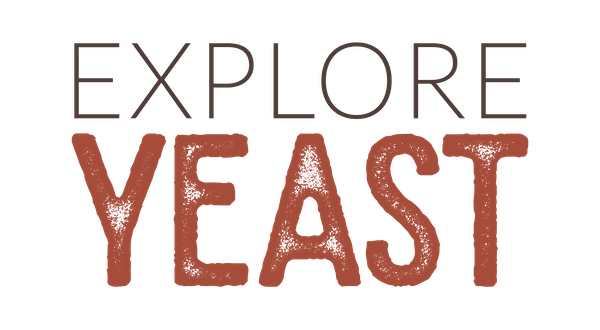